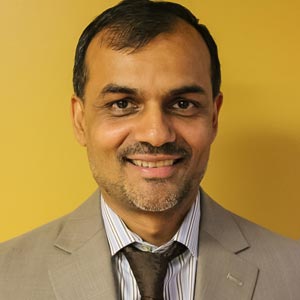 AVAILABLE ONSITE PARAMUS, NEWTON & TELEPSYCH
Dr. Yasir J. Ahmad has enjoyed a 13 year career at Hackensack University Medical Center. He graduated from UMDNJ, Newark, Department of Psychiatry in 2004, became Board Certified in 2005 and recertified in 2015. He continues to work at The Wellness Center in Maywood, an office that utilizes integrative medicine as a means of Dr. Ahmad did his visiting fellowship in Electroconvulsive therapy at Duke University in 2006 and has completed certification in Psychopharmacology from the Harvard Department of Continuing Education.

He became a fellow of the American Board of Psychiatry and Neurology in 2011. Dr. Ahmad has worked in various settings for psychiatric care: including IOP, consultation & liaison, emergency room, and outpatient medical management services. He was the medical director at the Family Center in Verona from 2006 – 2009. He has been involved in various collaborative projects within the Hospital including depression screening and HackensackUMCis one of only two hospitals in the nation to receive Disease Specific Certification for Major Depressive disorder. Dr. Ahmad is responsible for interdepartmental referrals for individual and group therapies, utilizing tools such as mindfulness and alternative treatments such as yoga, acupuncture, chiropractic and equine therapies. In addition, Dr. Ahmad is the founder of Hamilton Behavioral established in 2003 a sprawling private psychiatric practice. He is also spearheading the utilization of telepsychiatry as a means of providing services to individuals in poorly served areas.

He has already worked in the Emergency Room in a pilot project utilizing telepsychiatry with affiliates of HackensackUMC. Dr. Ahmad utilizes a simple philosophy, “as a physician we are servants of the people and as such, we need to listen to our patients in order to guide them to their maximum individual potential.”

How Can Pregnant Women Stay Safe During Coronavirus?

Pregnant women need to take maximum care of their health, more so in the current situation. Everyone knows that the novel coronavirus spreads through the respiratory droplets released into the air when a person with the infection sneezes or coughs. It can also spread...

The embattled supreme court nominee has been accused so far by at least 3 women of possible sexual improprieties. It has captured the attention of millions of Americans and has erupted the already brewing #MeToo movement, which has exposed a number of powerful men...

Concomitant use of multiple prescription drugs (‘polypharmacy‘) is increasingly common, with 10% of the population and 30% of older adults in the United States taking five or more drugs simultaneously. The prevalence of polypharmacy is driven by high rates of...

Depression can be a killer. Recently, two celebrities Anthony Bourdain and Kate Spade passed from committing suicide in consecutive days. Hearing about such names dying in the manner that they did sometimes is difficult to comprehend. Its human nature to expect people...